The Psychology of Colour in Marketing: How can your brand's colour influence your customers?

The Psychology of Colour & Marketing

Have you ever been drawn to a particular product because of its colour? Or felt a certain emotion when you walked into a room?  Artists and Interior designers have long considered the feelings that specific colours bring out. Picasso once said, “Colours, like features, follow the changes of the emotions.”

Marketers soon caught onto this concept too! Marketing and branding focus on how colours impact consumers’ impressions of a brand and brand loyalty. Colour is a powerful tool and can influence mood, actions and even provoke a physiological reaction. 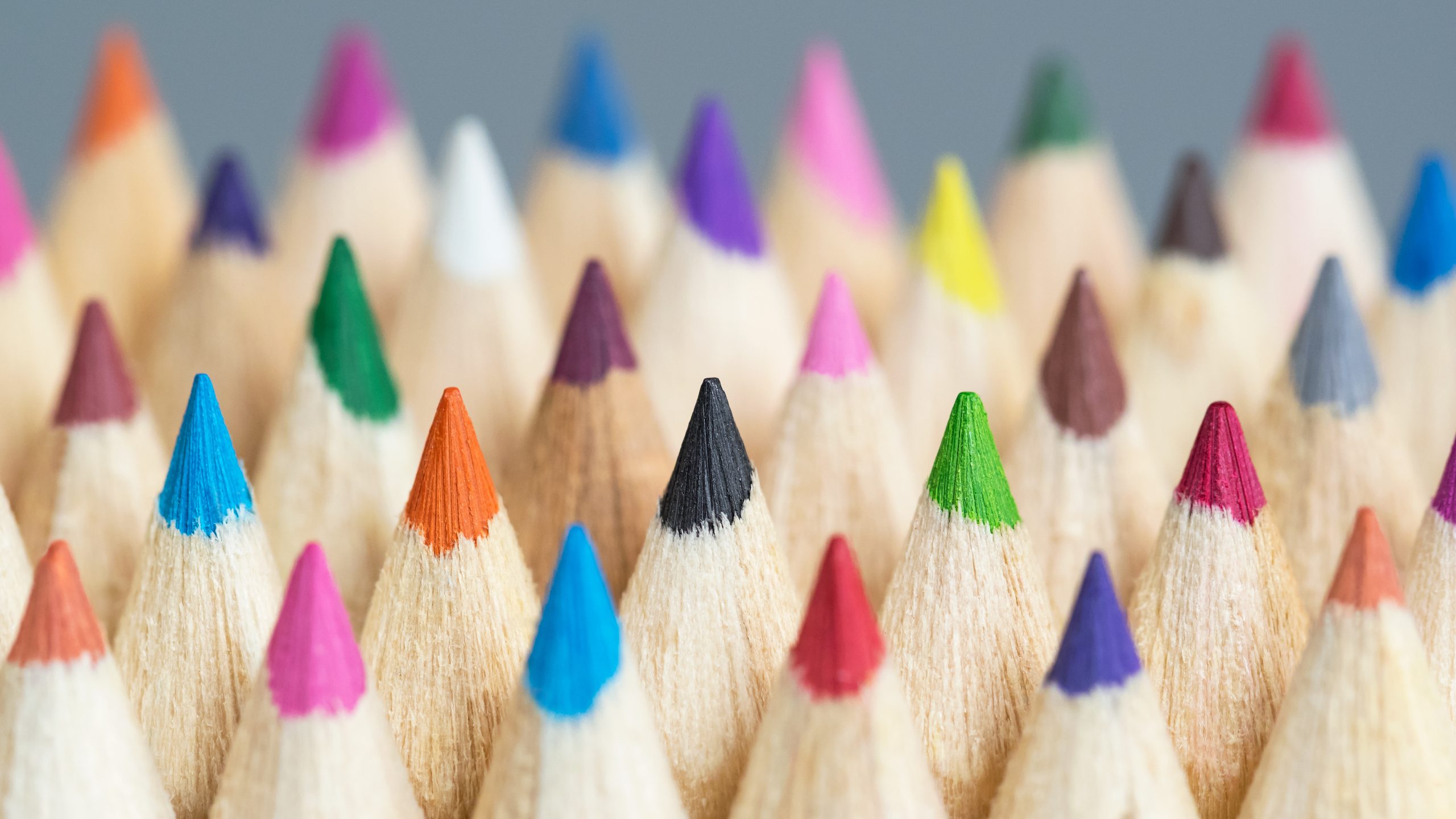 How Do Colours in Marketing Influence People?

Reserach found that 93% of consumers focus on the product’s visual appearance when buying, and nearly 85% claim that colour draws them to a product. The research confirms that the psychology of colour can have a powerful impact on people’s opinion of products or brand and their likelihood of purchasing. People often make judgments subconsciously, whether about a person, environment, or product. A person can form a thought within minutes or even seconds. Colour plays a part in this initial impression.

How Colours Affect Your Brain and Mood

Scientists have found a direct link between the effect of colour, light, and mood. Have you ever thought about how colour makes you feel? Blue has always made me feel calm; it reminds me of the sea, calming. It’s believed that yellow makes people feel happy, as my 6-year-old says, it’s the colour of sunshine. However, the context of the colour has also can affect people’s perceptions. For example, blue can evoke calm or sadness depending on the context.

Brands have picked up on the psychologist’s research which shows the effect on mood, and have used it to influence purchase decisions. Customers may choose one product over another simply because of their colour preference rather than the product’s features.

Let’s take a look at the different colours and their possible meanings.

The Psychology of Red

Red is, in fact, one of the most visible colours in the colour spectrum (second only to yellow!). It can catch people’s attention fast, which is why it is often used for Road Signs or warning against danger.

You may have also noticed that most retailers will use the colour red when advertising a sale. Have you ever wondered why? It’s because psychologists have suggested that the colour red creates a sense of urgency. It can also encourage appetite, so fast-food chains often use it. It is a colour that is often associated with passion, movement, and excitement, creating a physiological reaction in people by raising blood pressure and heart rate.

Some people do also associate it with anger. After all, there is a reason people use the phrase “seeing red,” it’s thought that it’s because of the physical characteristics associated with anger, including redness of the face and neck, which are a consequence of elevated blood pressure.

However, Red is also associated with several positive emotions and events such as Love and Christmas! You may have noticed that around Valentine’s Day, shops turn into a blur of red hearts!

The Psychology of Green

“Green, which is Nature’s colour, is restful, soothing, cheerful, and health-giving.” —Paul Brunton.

Green is often associated with nature, such as calm, tranquility, safety, and luck. It is often used to promote environmental issues, for example, the Green initiative. It is said to stimulate harmony in your brain and encourage balance, leading to decisiveness.

Green is also the colour of growth, spring, and renewal. It restores depleted energy and is a sanctuary away from the stresses of life, often restoring us to a sense of well-being.

It can also be associated with negative feelings such as envy, which is where the phrase ‘green with envy’ is derived. While some find green to be a relaxing colour, others find that it gives them a sense of excitement. This is especially true of particularly vibrant shades of green.

The Psychology of Purple

The colour purple is linked with royalty, wisdom, spirituality, and respect. It is said to stimulate problem solving and creativity. It is often used for beauty products.

The colour purple became associated with wealth and royalty because only the rich could afford it. This was because the resources needed to create the purple dye weren’t readily available in ancient times, and therefore, purple clothing was much more costly.

Visually, purple is one of the more difficult colours to discriminate as it has the strongest electromagnetic wavelength due to it being only a few wavelengths up from x-ray and gamma rays. For this reason, purple can be used for visual illusions, such as the lilac chaser illusion. It’s, for this reason, it can influence people’s imagination!

The Psychology of Blue

The colour blue is often associated+–+/ with nature, peace, tranquillity, and reliability. Research has found blue to lower blood pressure and heart rate, so people consider it calming. Blue is also said to curb appetite and stimulate productivity. For this reason, blue is often used to decorate offices; there’s nothing more valuable than productive employees!

It is also often used to promote trust, which is considered a sign of reliability and stability. It may be why companies such as Facebook have opted for a blue brand!

Blue is one of the most popular colours and is considered the preferred colour for men.

Yet as a cool colour, blue can sometimes seem icy, distant, cold, or even sad, hence the usage of the Monday blues, Holiday blues, etc.

The Psychology of Orange

Orange is made up of red and yellow and is considered a vibrant colour. It’s thought to produce feelings of excitement, enthusiasm, and warmth. Orange is the color of sunsets, autumn leaves, and fruits associated with beauty.

However, orange can also trigger a sense of caution, so you must carefully use it. Orange can also increase our competition level and makes us feel stronger than our opponents. Orange helps lift the personal limits we set on ourselves! It’s the colour of growth and development!

In some countries, people heavily associate orange with Halloween, giving an aura of mystery when used in particular contexts.

The Psychology of Yellow

Yellow is a high-energy colour! After all, it is the colour of sunshine! Organisations have used it in situations and products to create a sense of excitement or energy.  Yellow is bright and immediately grabs people’s attention. It has fresh, intense, overwhelming, or even brash and can be forceful in its energy.

While it can be a vibrant colour, it can also have a downside. Sometimes, it can appear very aggressive and confrontational. Insignificant quantities, people can feel irritated or even angry when surrounded by yellow. Research has shown that yellow can make babies cry! However, just like orange, it can draw in impulsive buyers.

The Psychology of Black

Black is often associated with power, authority, strength, and confidence. It also reflects intelligence. A few companies have been able to use it in their branding successfully. However, it isn’t an easy colour to pull off in marketing.

Black in Marketing: Nike and Chanel

The Psychology of Grey

Grey is a practical colour and often symbolises old age. Too much grey can lead to feelings of depression. Many consider it an uninspiring colour, so brands should use it sparingly.

Lexus’s use of light grey suggests high-end luxury, elegance balanced with stability. It also represents the maturity of those who have achieved in life. Apple also uses grey in its branding. So, while innovative and exciting, Apple is also thought-provoking.

Grey in Marketing: Lexus and Apple

The Psychology of White

White represents cleanliness, purity, and safety. White can be used in neutral colors or the absence of color. White helps spark creativity as it represents a clean slate.  Using white in marketing can be effective for a minimalist brand or approach.

White in Marketing: Subway and Lego

Why Google Analytics is useful for your business 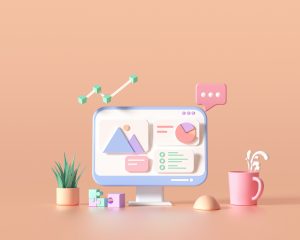 5 strategies that will get your service- based business heading in the right direction!

The Psychology of Colour in Marketing: how can your brand’s colour influence your customers?

Get the Very Best Marketing Freelancers

I have formed a network of AMAZING marketing freelancers with decades of experience in their field. So whether its Content writing, social media management, branding or website design I will have an experienced professional in the Virtual Marketing Network who will be able to carryout the work you require to the highest quality. Saving you both TIME and MONEY!!

Help me find a Freelancer

We use cookies on our website to give you the most relevant experience by remembering your preferences and repeat visits. By clicking “Accept”, you consent to the use of ALL the cookies.
Cookie settingsACCEPT
Manage consent

This website uses cookies to improve your experience while you navigate through the website. Out of these, the cookies that are categorized as necessary are stored on your browser as they are essential for the working of basic functionalities of the website. We also use third-party cookies that help us analyze and understand how you use this website. These cookies will be stored in your browser only with your consent. You also have the option to opt-out of these cookies. But opting out of some of these cookies may affect your browsing experience.
Necessary Always Enabled
Necessary cookies are absolutely essential for the website to function properly. These cookies ensure basic functionalities and security features of the website, anonymously.
Functional
Functional cookies help to perform certain functionalities like sharing the content of the website on social media platforms, collect feedbacks, and other third-party features.
Performance
Performance cookies are used to understand and analyze the key performance indexes of the website which helps in delivering a better user experience for the visitors.
Analytics
Analytical cookies are used to understand how visitors interact with the website. These cookies help provide information on metrics the number of visitors, bounce rate, traffic source, etc.
Advertisement
Advertisement cookies are used to provide visitors with relevant ads and marketing campaigns. These cookies track visitors across websites and collect information to provide customized ads.
Others
Other uncategorized cookies are those that are being analyzed and have not been classified into a category as yet.
SAVE & ACCEPT